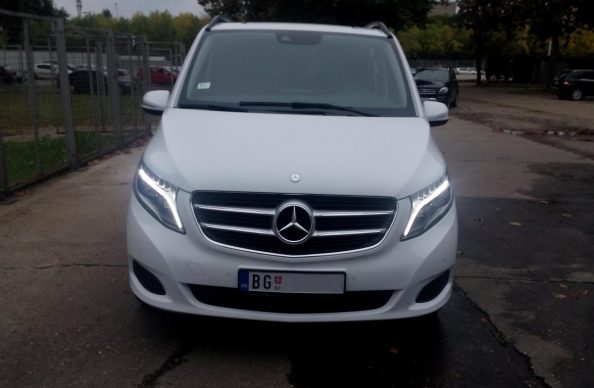 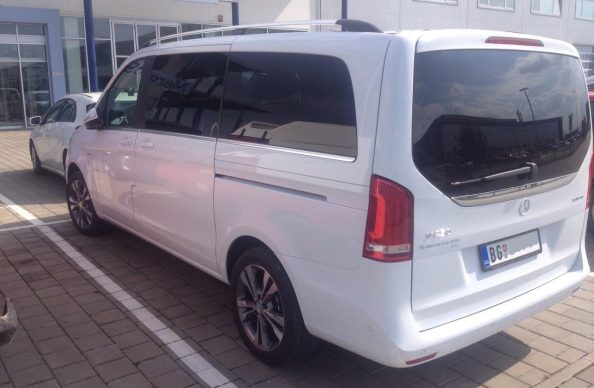 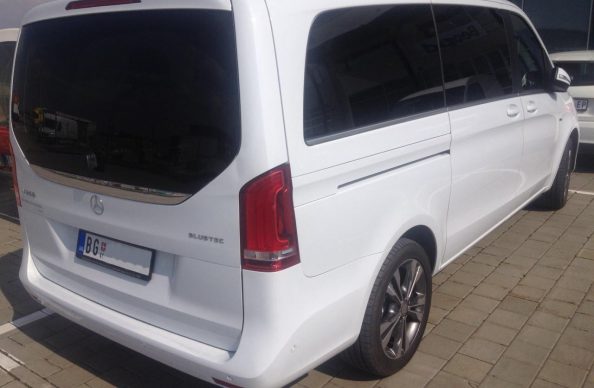 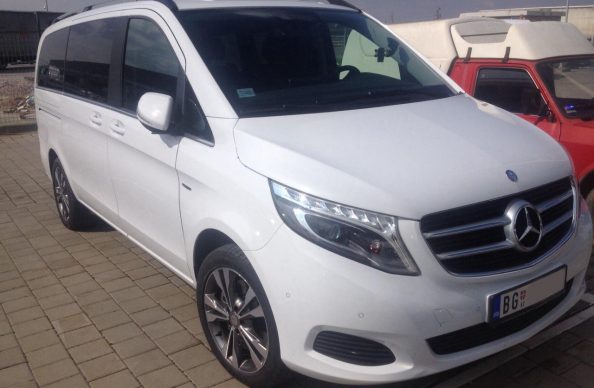 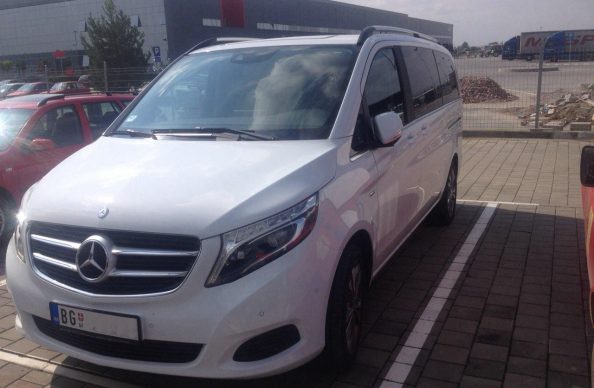 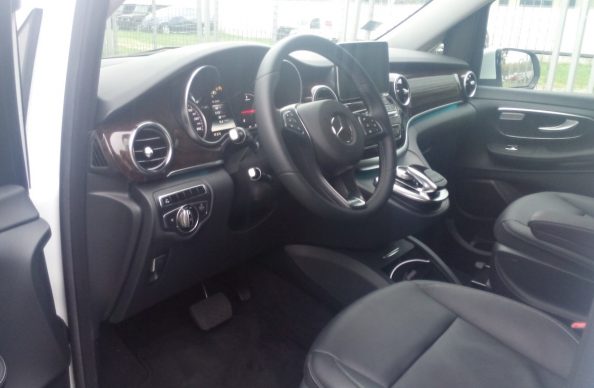 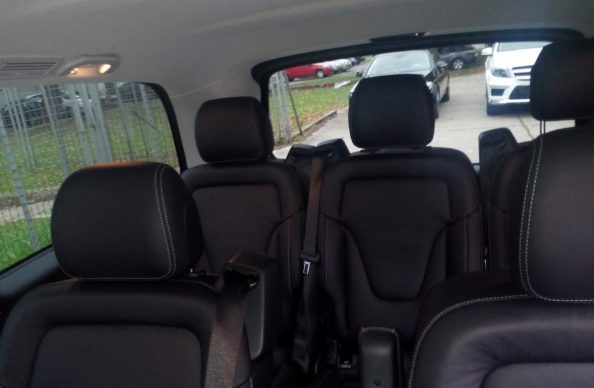 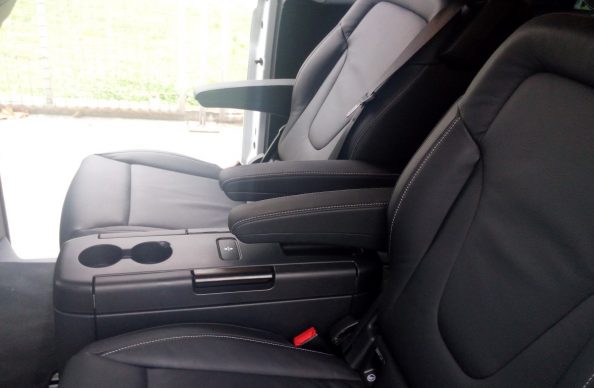 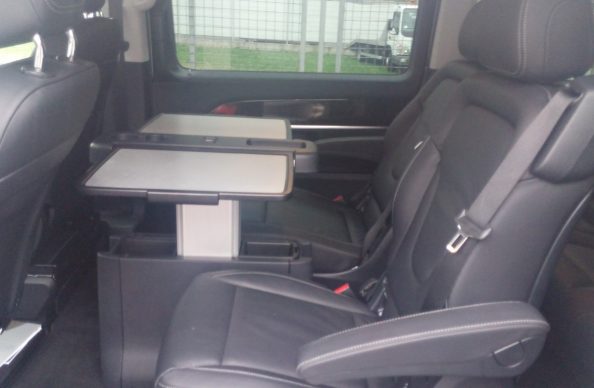 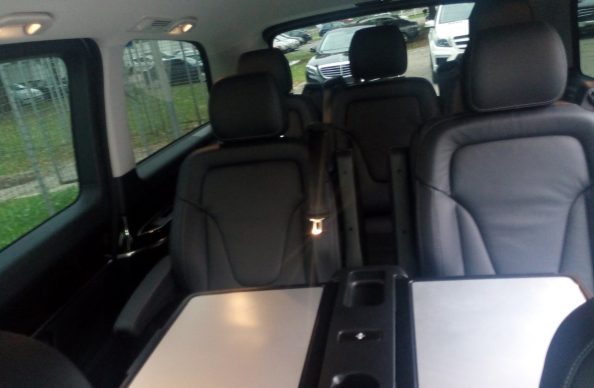 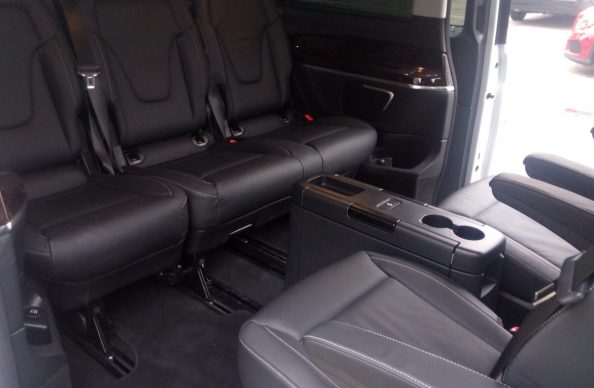 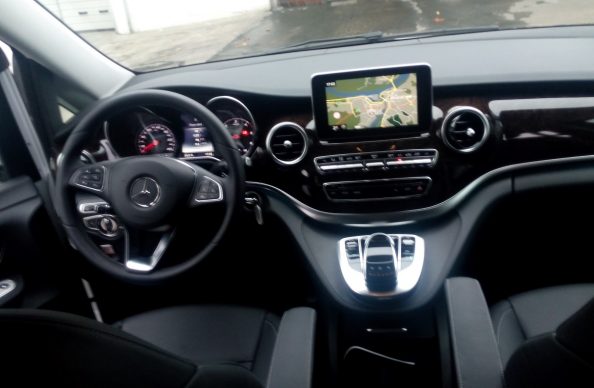 Latest Mercedes V class is the embodiment of luxury and comfort. So comfortable, so stylish turn your trip into a memorable experience. The interior design of this vehicle will impress you with a combination of wood and leather. It is equipped with the latest equipment of audio and video systems to air conditioning and flexible leather seats ( 6 + 1). Chose this vehicle and meet the charms of a new Mercedes V -class in Taxi Serbia.

It might look like the latest Vito, but step inside the Mercedes-Benz V-Class – which replaces the Viano – and it becomes clear this is more than just a van fitted with seats. The cabin in the V-Class has more in common with the an upmarket saloon than a van, with plush materials, a high-quality dashboard and excellent refinement even at motorway speeds.

There are seven seats as standard or eight if you opt for the Extra Long variant. The rear seats can be slid back and forth or turned around, so passengers can face one another or the direction of travel. The layout can be adjusted to maximise load space or passenger space, depending on how the V-Class is being used. Electric sliding rear doors are standard and make for easy passenger access, plus there is an electric tailgate. This can be configured to stop at a pre-set height, which is useful in multi-storey car parks. Usefully, the glass section can be opened separately for loading small items in really tight spaces.

Comfort levels are very good both in the front and rear, thanks to standard leather upholstery and – in Extra Long variants -rear climate control. The front seats are heated as standard and there is a good standard equipment, including an infotainment system lifted from the C-Class. This comes with navigation as standard, as well as Bluetooth connectivity.

Most V-Class models will be powered by the 220 BlueTec diesel engine, which produces 163PS and 380Nm of torque. It’s capable enough to haul the vehicle along fully-loaded at motorway speeds, plus it’s reasonably quiet and refined unless pushed hard. It’s relaxing to drive thanks to the standard-fit seven-speed automatic transmission.

The same engine is available with more power as the 250 BlueTec. This produces 190PS and 440Nm of torque, making it slightly faster to accelerate and more responsive when laden. The differences between the two are negligible when it comes to economy and emissions, though the 220 is slightly better with official figures of 45.6mpg and 163g/km.