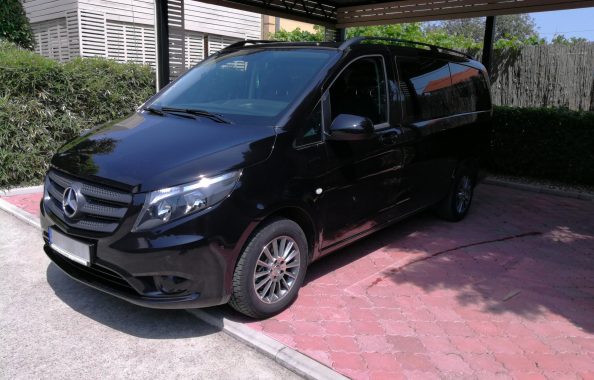 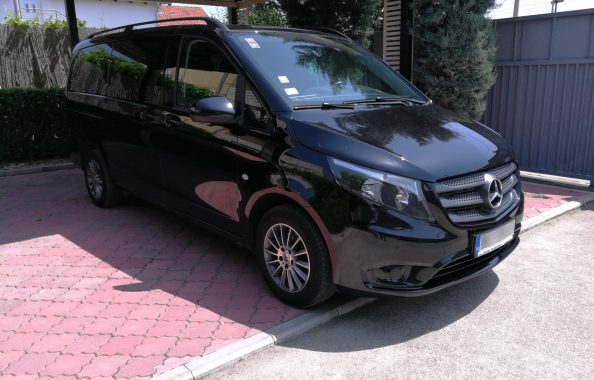 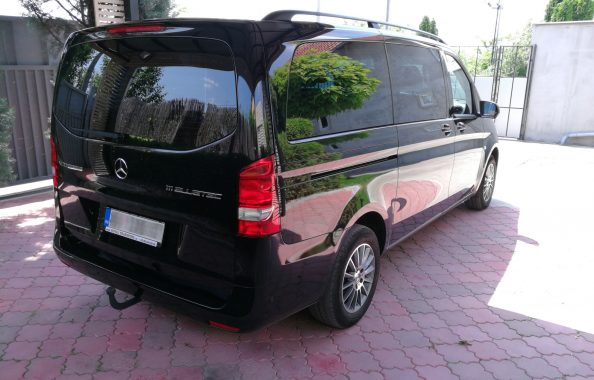 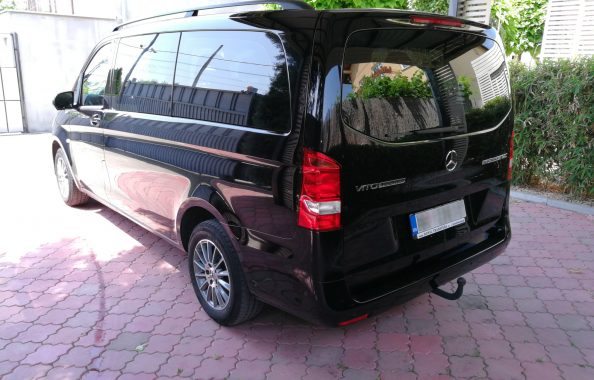 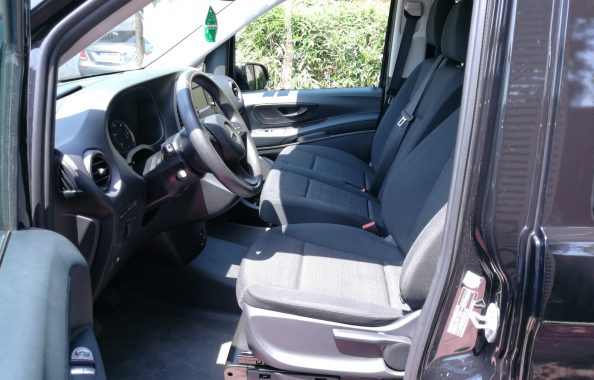 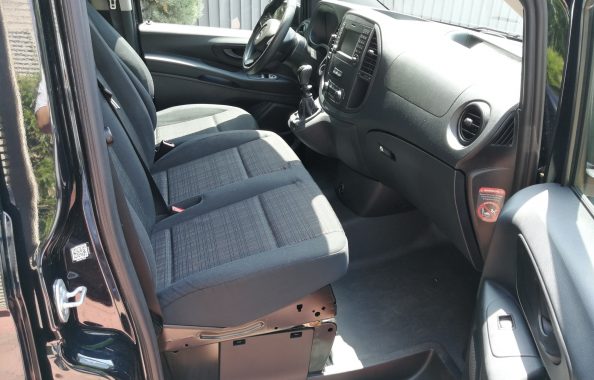 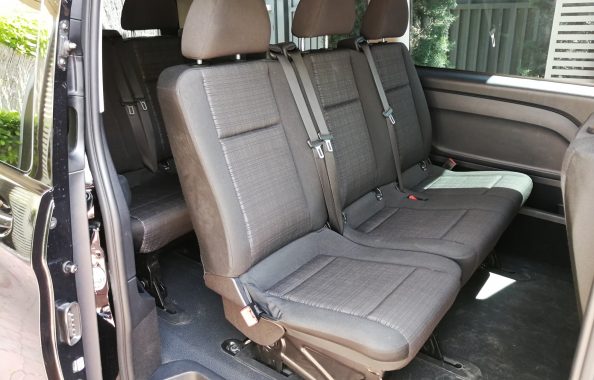 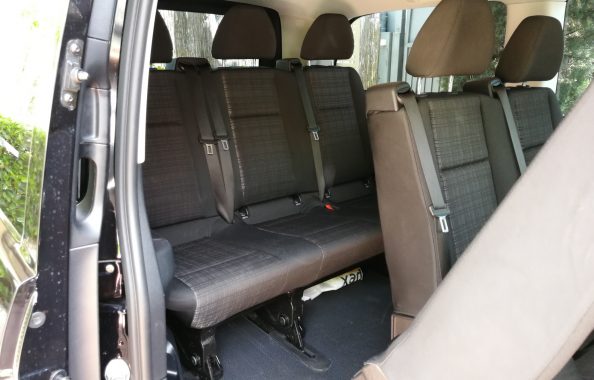 Mercedes-Benz chose not to start with a clean slate when it launched this Vito. But with new styling, a car-like cabin, lower running costs and a reduced price, there’s plenty that appeals in the new model. It retains the impressive handling and performance of its predecessor, although there are a few caveats like the lack of a high-roof variant.Call us-Taxi Serbia .

One of the latest vehicles in our fleet provides maximum comfort and pleasure of the journey. It has a spacious and luxurious interior with a large trunk.
Capacity : 8 + 1 seats, Mercedes VITO guarantees a safe and comfortable ride.

The Vito is offered in three lengths, all of which are 140mm longer than the equivalent variant of the old Vito. The maximum gross vehicle weight ranges from 2500kg to 3200kg depending on configuration, with the most capable model rated to carry a payload of up to 1350kg. Maximum cargo volumes range from 5.5m3 to 6.6m3. The new Vito is very refined and quiet on the move thanks to quality engines and good noise insulation. The basic 1.6-litre engine in the 109 CDI can feel strained with a full load on board, but it’s fine around town. The Vito also handles well with good steering weight and impressive body control. It’s a vert comfortable van for long motorway journeys.

Aside from panel van there is also a crew cab variant and an eight-seat Tourer, the latter of which is offered in two grades – Pro and Select. Pro variants are geared towards more basic tasks, like transport for schools, while the Select is aimed at the taxi industry and benefits from a more car-like cabin, with luxuries including air conditioning. The Vito also provides the basis for the plush V-Class, which has a completely different cabin.

There’s plenty of useful technology on offer including crosswind assistance, hill start assist, load adaptive control and an anti-rollover system. Furthermore there are two airbags as standard, with up to eight in the Tourer. Those who specify a trailer coupling will also get trailer stability control as standard – and can benefit from an optional reversing camera which has a special setting designed to help with hooking up unassisted.