Skadarlija is a historic place in cobbled lanes and alleys in the residential borough called Dorcol in the downtown Belgrade. It is considered the main bohemian quarter of Belgrade and oft is it referred to  as ‘the Montmartre of Belgrade’.Skadarlija began to assume its bohemian character over the 19th century, and particularly after 1901, when the well-known Dardaneli kafana was demolished and its guests, prominent writers and actors, moved to the Skadarlija’s kafanas, the best-known of those kafanas being Tri šešira (“Three Hats”), Dva jelena (“Two Deer”), Zlatni bokal (“The Golden Jug”), Bandist, East, Guild, Vuk Karadžić  & The Two Sergeants. The first three of these still persist today and are joined by a line-up of new restaurants.

BeoControl Travel can arrange quick and slick transport to the nearest sight only 30min from airport Nikola Tesla! 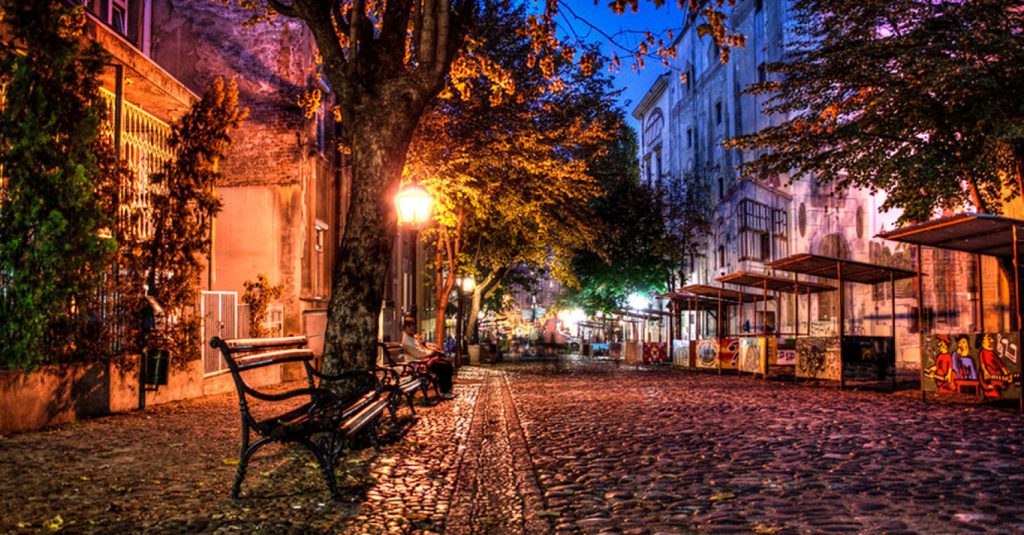 Old bohemian quarter of Belgrade dates back to late 19th and early 20th century. It was back then when its kafane (taverns and restaurants) were a meeting place for many of the greatest figures of the cultural scene of the period. It is often compared with the Montmartre in Paris, both for its appearance and the cheerful, vigorous artists’ atmosphere.

This neighbourhood was made popular and attractive because it was in the immediate vicinity of the National Theatre and former operetta, as well as musical halls housed in today’s Balkan Cinema. By tearing down the café Dardaneli in 1901, which was on the site of today’s National Museum, artists, writers, poets and ordinary visitors moved to the small cafe-restaurants of Skadarlija, bringing along the bohemian lifestyle and spirit.Skadarlija and the surrounding streets were home to 14 cafe-restaurants at the end of 19th century, a fact advertised in the Guide through Belgrade in 1909, when the population of the Serbian capital was just 90,000. Because of evening entertainment, loud music and occasional fights, the residents of the surrounding streets often criticised it to the police.And all that we can arange in Skadarlija – Taxi Serbia.